Arthur Kipps, an orphan, is an over-worked draper’s assistant at Shalford’s Bazaar, Folkestone, at the turn of the last century. He is a charming but ordinary young man who, along with his fellow apprentices, dreams of a better and more fulfilling world, but he likes his fun just like any other, except not quite. When Kipps unexpectedly inherits a fortune that propels him into high society, it confuses everything he thought he knew about life.

Watching him wrestle with his new identity is his childhood companion and not-quite girlfriend, Ann Pornick, who sees with dismay how Arthur is being made over in a new image by the beautiful and classy Helen Walsingham. She is always there with helpful hints on how Arthur could improve himself and make his life richer and more meaningful, if only he would believe in himself, and listen to her. Both of these young women love Arthur – there is no doubt about that – but which should he listen to? With the help of his friends, Arthur learns that if you want to have the chance of living the right life, you need to make the right choices.

This new stage version of Half A Sixpence, which returns to the H. G. Wells semi-autobiographical novel, “Kipps”, in order to reinvent the musical “Half a Sixpence” for the modern age, has a stellar creative team and reunites bookwriter Julian Fellowes with George Stiles and Anthony Drewe, the musical team that co-creator Cameron Mackintosh first put together to create the smash-hit stage adaptation of Mary Poppins with Disney. Julian Fellowes’ masterful adaptation returns the musical to its literary roots, in a timeless and contemporary way, and Stiles and Drewe’s brilliantly infectious new score harnesses the David Heneker classics with a joyous verve.

Posts about the Show 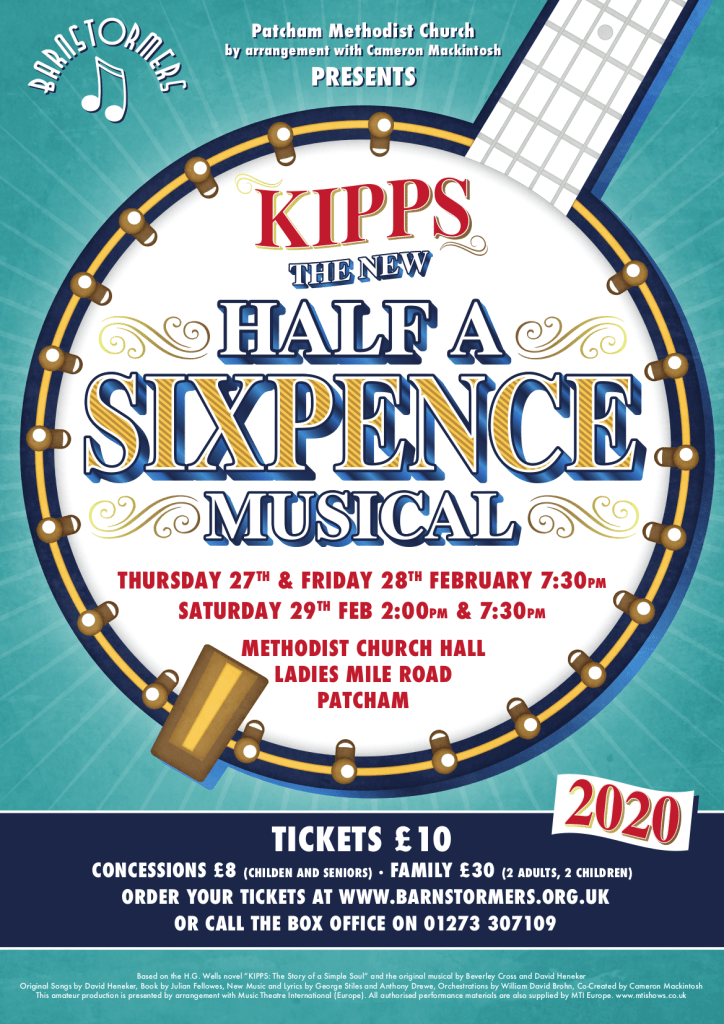 We have had a few ticket returns from people who have unexpectedly been unable to take up their seats, so there are now just a few tickets available for the Friday Evening and Saturday Matinee performances. Please book as soon as possible to avoid disappointment. See you there! 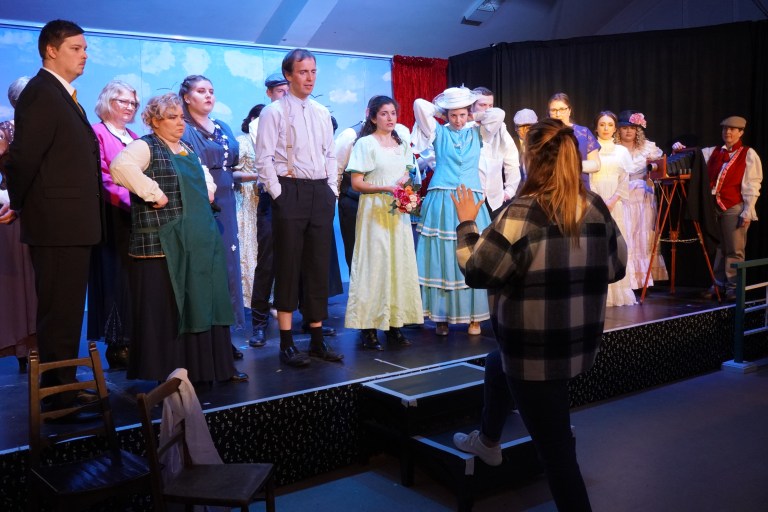 Yesterday was a truly wonderful day. We all gathered early in the morning for some bacon sandwiches before starting a full day of work-shopping. It was a great opportunity to polish some of our more fiddly acting scenes, sharpen up our harmonies with an almost complete band and spend some time perfecting our dance moves. In the evening, we put on a full performance, finally combining months of hard work. Seeing the performance in full costume with the band, lights and sound brought the whole show to life. 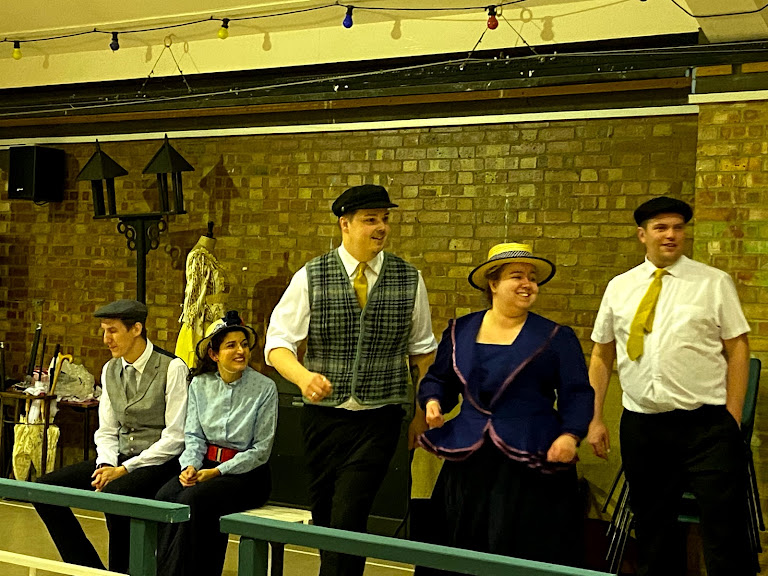 So it’s only 3 more weeks until show week! How did that happen? This Friday, our costume department worked tirelessly to enable us to rehearse in full costume and the cast looked sensational. There are still some manic costume changes to work out but it was super exciting to get a glimpse of what the show will look like by the end of February. After our first dress rehearsal, I think we’re all inspired to work as hard as we can to produce the best show possible. 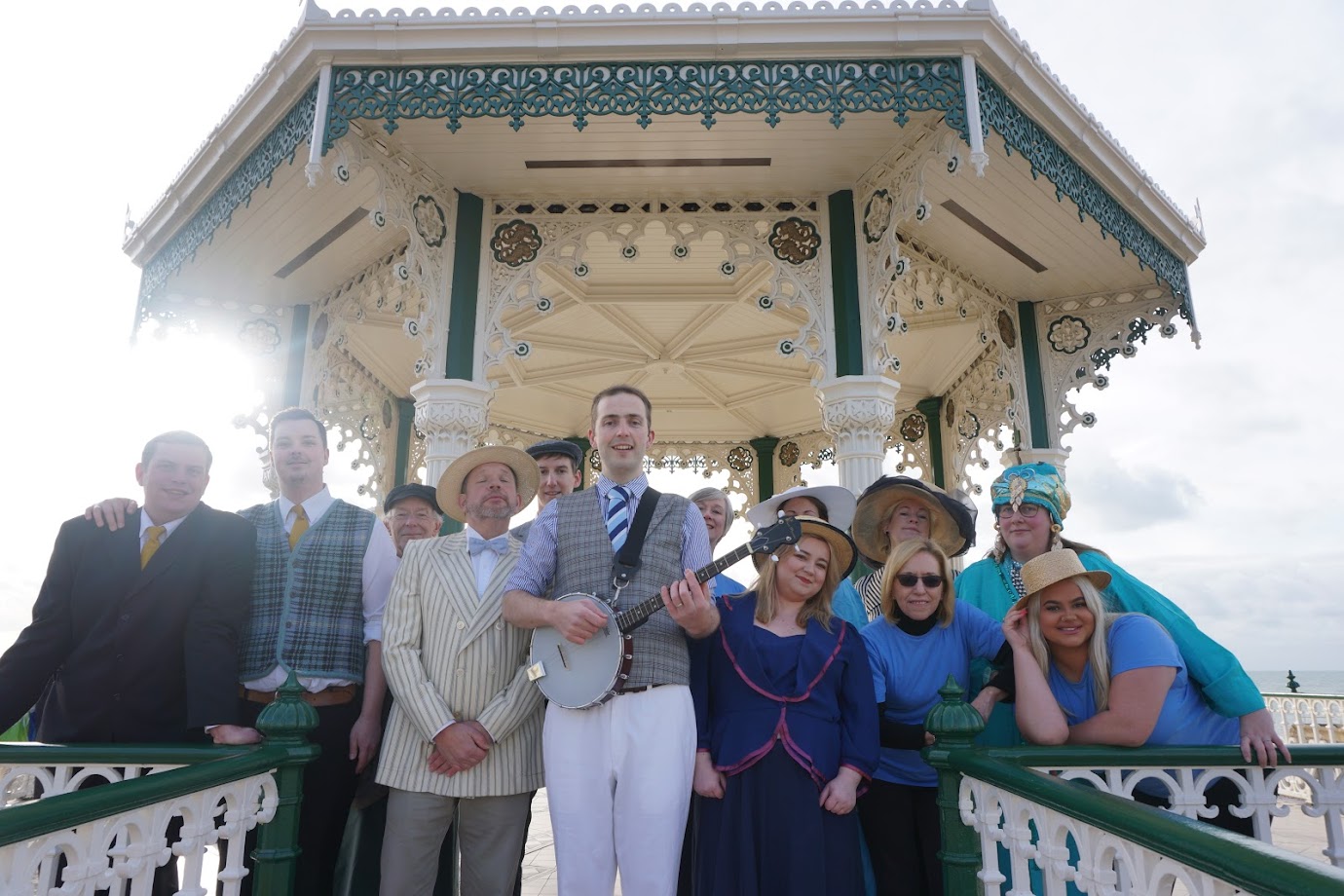 Sold out, smash hit, wallop what a triumph!

We’re very proud to announce that our next show, Kipps: the New Half a Sixpence Muscial has now sold out! If you didn’t manage to get the tickets you were after or just missed out on getting your hands on the hottest tickets in town, then fear not! We have opened up our Box Office waiting list. Join the waiting list by clicking the above link and filling out the details and if tickets become available, we’ll get in contact with you.